James “Mike” Egan never wavered in his desire to become a pilot. When he toured the Tri-Cities Airport as a high school student and saw Eastman’s Aviation Operations, he knew he wanted to become a corporate pilot.

In 2012, when he was hired by Eastman, he became a fourth-generation employee.

“It’s kind of cool to be able to say that, with the three generations before you, there’s over 100 years of service to the company. I know that’s old-fashioned and that’s not the way of the business world these days to have that kind of legacy in a company, but that is something our family is proud of,” Mike says.

His history with Eastman started with his great-grandfather, James Egan, who worked in Central Shops for more than three decades. His grandfather, George Milford Egan, was a production supervisor in CE Division for more than 40 years. Mike’s father, Larry Egan, worked in Acid Division for nearly 33 years. “He was an analytical chemist. When I was in middle school and high school, he was running the Building 359 lab, processing samples. He spent some time in research, but most of his service was in Acid Division,” Mike says.

"Growing up, I didn’t show much interest in most of the things Eastman did, other than flying,” he says. “When I was in middle school, I took a tour of the hangar and the company planes and thought, ‘this would be something I might like to do.’ I toured the hangar again in high school, after the company had transitioned to jets. I had already decided long before that I was going to become a pilot, but that visit convinced me that corporate flying, and flying for Eastman, was something I wanted to pursue.” 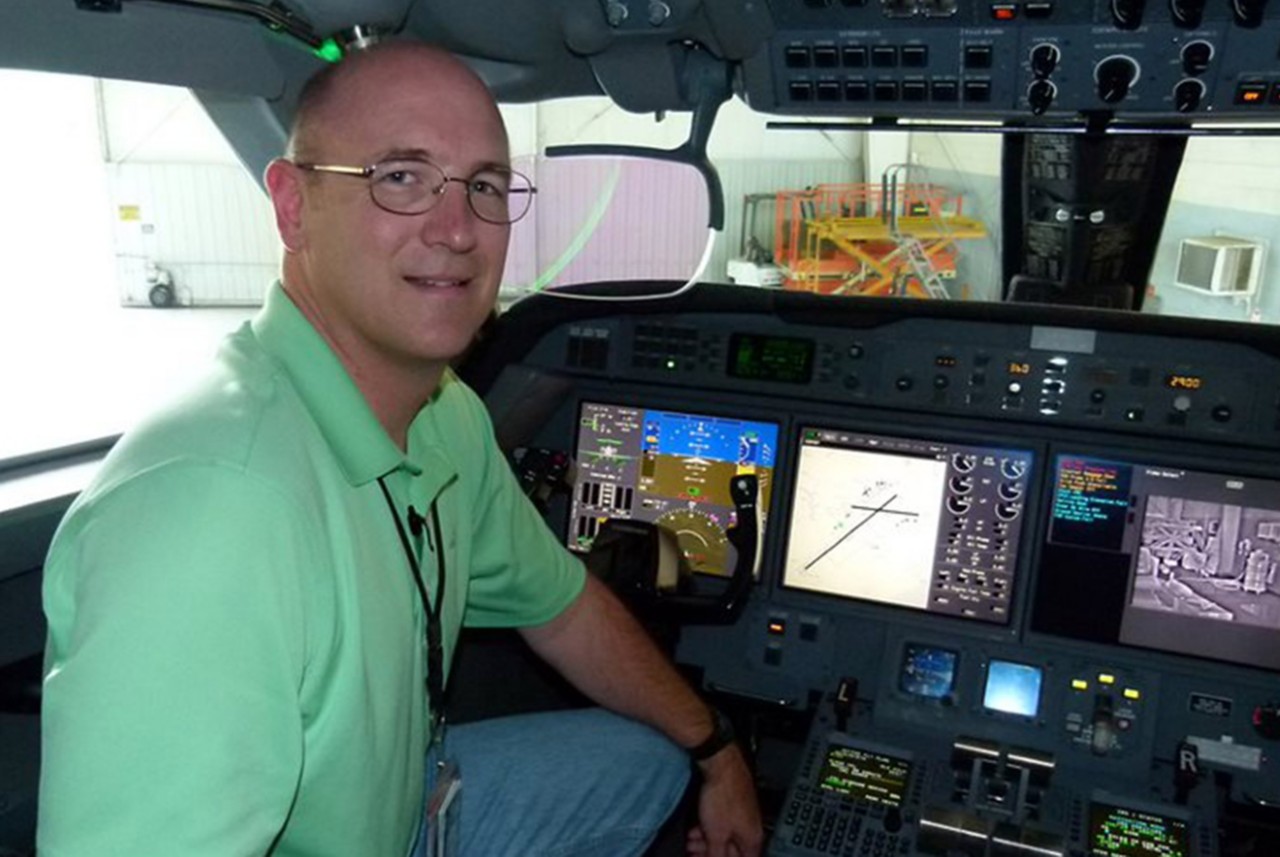 A 1992 graduate of Kingsport’s Dobyns-Bennett High School, Mike attended Purdue University in West Lafayette, Indiana, graduating from the Corporate Pilot Option of the Professional Pilot Program. After college, in 1996, he began flying for the former Ryan International Airlines based in Wichita, KS. The U.S. Postal Service was once the airline’s main customer, though other customers included Emery Worldwide, Apple Vacations, AirTran Airways, the U.S. Marshal’s Service, and the U.S. Department of Defense. After 16 years of worldwide airline flying, he was able to come home.

Mike, a senior captain, prefers corporate aviation because it is more personal than flying as a commercial pilot. “You have much more face-to-face interaction with passengers in corporate aviation,” he says. “As crew members, we also do more of everything required to successfully complete each trip, whereas with the commercial airlines, the crew has a more limited role.”

Mike’s wife Elise is celebrating her 25th year with the company and currently is a principal mechanical engineer and the Corporate Reliability Systems group leader. He also has extended family — uncles and cousins — who worked either for Eastman or for Holston Defense. That facility, also known as the Holston Ordnance Works, was constructed by Tennessee Eastman in Kingsport to manufacture explosives during World War II.

“I think the East Tennessee and Southwest Virginia region is a great place to raise a family. Eastman is a good company to work for. It’s not the same company it used to be, but that is not a bad thing, because the company has shown it can adapt to survive,” Mike says. “If Eastman was the same company today that it was when it spun off from Kodak in 1994, it would no longer be in business. A company must be able to adjust and adapt to succeed. Eastman has been both willing and able to do that.

“We as a company have the willingness to change, the ability to drive change, and most importantly, the kind of exceptional workforce that makes the company successful,” he says. “The fact that there are current employees from multiple families with multiple generations of service to the company shows that we appreciate all that Eastman has provided for our families through the decades, and that we are committed to its future success.”