Meet the family who has been at Eastman for 86 consecutive years.

One hundred years of Eastman has nothing on the Gibson family. If you count all the years each Gibson family member has collectively been employed here, you’ll count 300. Of course, for the amount of family the Gibsons have at Eastman’s Kingsport site, that may not be surprising. The patriarch of the family, Clyde William Gibson, was employed at Eastman from 1934-1977, serving 43 years. Since then, Eastman has hired 13 more members of the Gibson family. His two sons and son-in-law, George Ray Gibson, Gordon Wayne Gibson (deceased) and son-in-law Hampton Loyd Williams Jr. have all worked at and retired from Eastman. George R. Gibson retired as an LSE in 2019 after 54 years of service.

Clearly, for this family, the tradition of being a part of the Eastman community goes back to the dedication and work ethic that Clyde Gibson instilled in his family.

“He enjoyed coming to work at Eastman and always shared his gratitude with his family. Eastman has provided four generations of our family with good jobs and, in turn, great family lives,” said Kimberly Gibson Blessing, Clyde’s granddaughter, who has worked at Eastman for 14 years. Katherine Gibson, Kimberly’s sister, notes that coming to work for Eastman was, quite literally, working with her family. The grandkids call themselves “Eastman babies.” Despite 10 of them working at the same time, they’re all in different businesses and areas, allowing them to have different skills and grow their own relationships.

“After witnessing firsthand how Eastman provided my grandfather and my father the opportunity to not only provide for their families monetarily but, more importantly, provided a work environment that allowed them to love their occupation, which inevitably flowed into our family environment with love and encouragement,” Jody Gibson Head, Wayne Gibson’s daughter, said. “Growing up in an ’Eastman’ family, I always valued those attributes that Eastman provided my family and strived to give the opportunity for myself and my children.”

The longevity of the Gibson family at Eastman has meant that they have been here for 86 consecutive years. Now, Clyde’s great-grandsons also work here.

“Eastman is a deep tradition in our family, and it has been a big part of our lives,” Chris Gilliam, one of Clyde’s three great-grandsons, said. “Our family has dedicated many years of service to Eastman, and I am very proud that the younger generations in our family have the drive to keep that tradition going.”

Having been part of Eastman for so long, the Gibson family has experienced some defining moments in its history. Hampton Williams Jr. remembers Oct. 4, 1960, when the aniline plant exploded at the Kingsport site.

“I walked by that building and clocked out at 4:31 p.m. I then walked to the Building 156 parking lot and got in my car. The explosion happened at 4:33 p.m.,” he said. Even though pieces of metal were hitting the top of his car, he was able to get the car out of the area and with minimal damage. 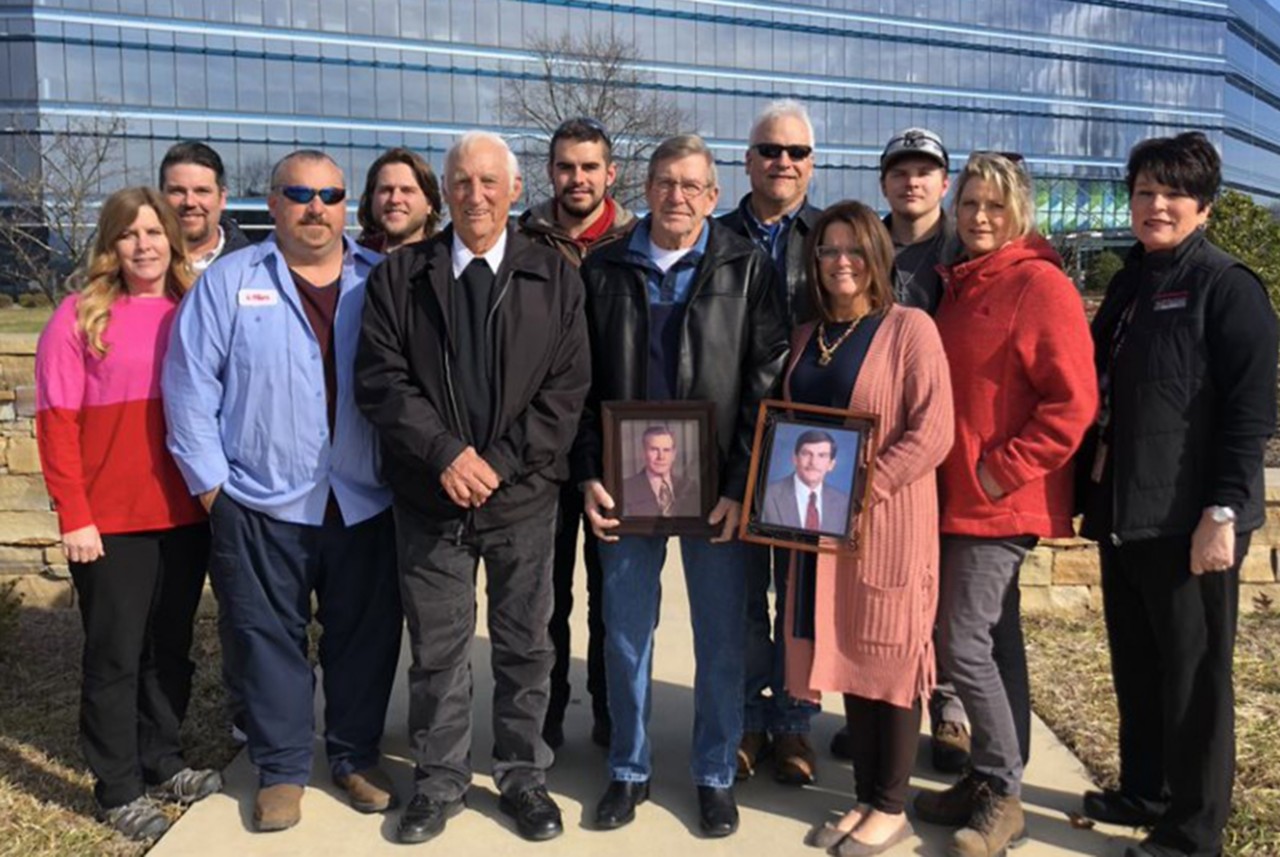 Most memories, though, are much more positive. For instance, all the grandkids remember the Christmas parties in Building 89 and, eventually, in Building 310. There were picnics and birthday parties at the Eastman Recreation Area and movies the family watched together. Eastman is much more than a place to work; it is a place that fosters family and friendships.

The late Wayne Gibson spent 37 years at Eastman and did not take a single sick day. There’s something special to say about a place where people want to work. The Gibsons may be family by blood, but their Eastman family is much bigger. Most of the family noted how the relationships they have built in their business areas are an extension of the blood family they’ve had here.

As the Gibson family and Eastman move forward in this ever-changing environment, many family members encourage others to always work hard and adapt, traits that Clyde William Gibson clearly instilled in his family.

Chip Williams, Hampton Loyd Williams Jr.’s son, puts it this way: “From both my grandfathers, my dad, me, and now my son, Eastman has provided stable employment. This cannot be said for many other companies in the country. I am proud to be a part of this story. I have been given an opportunity to work, thrive and grow and for that I am thankful.”