Robert “Allyn” Troutt was working hard to become an owner/operator at a Kingsport, Tenn.-based restaurant chain. But in 2016, he applied for a Limited Service Employee (LSE) position at Eastman. After six months of working part time, he found himself with a full-time job at the company, making him a fifth-generation employee.

A 2005 graduate of Kingsport’s Sullivan North High School, Allyn earned a Bachelor of Science degree in criminal justice from East Tennessee State University in 2013. He received a technical certificate in industrial operations from Northeast State Technical Community College in 2019 and today is an instrument analyst and instructor in the Building 359 chemical analytical control lab.

Robert Light, his maternal grandfather, began with Eastman in 1965 and retired in 1997. Father David Troutt hired on in 1988 and currently works in Building 167.

“He told me he was a foreman and only thing I could come up with for foreman was mine work and stuff, so I was thinking, ‘Is Eastman built on a cave or something?’” Allyn remembers. 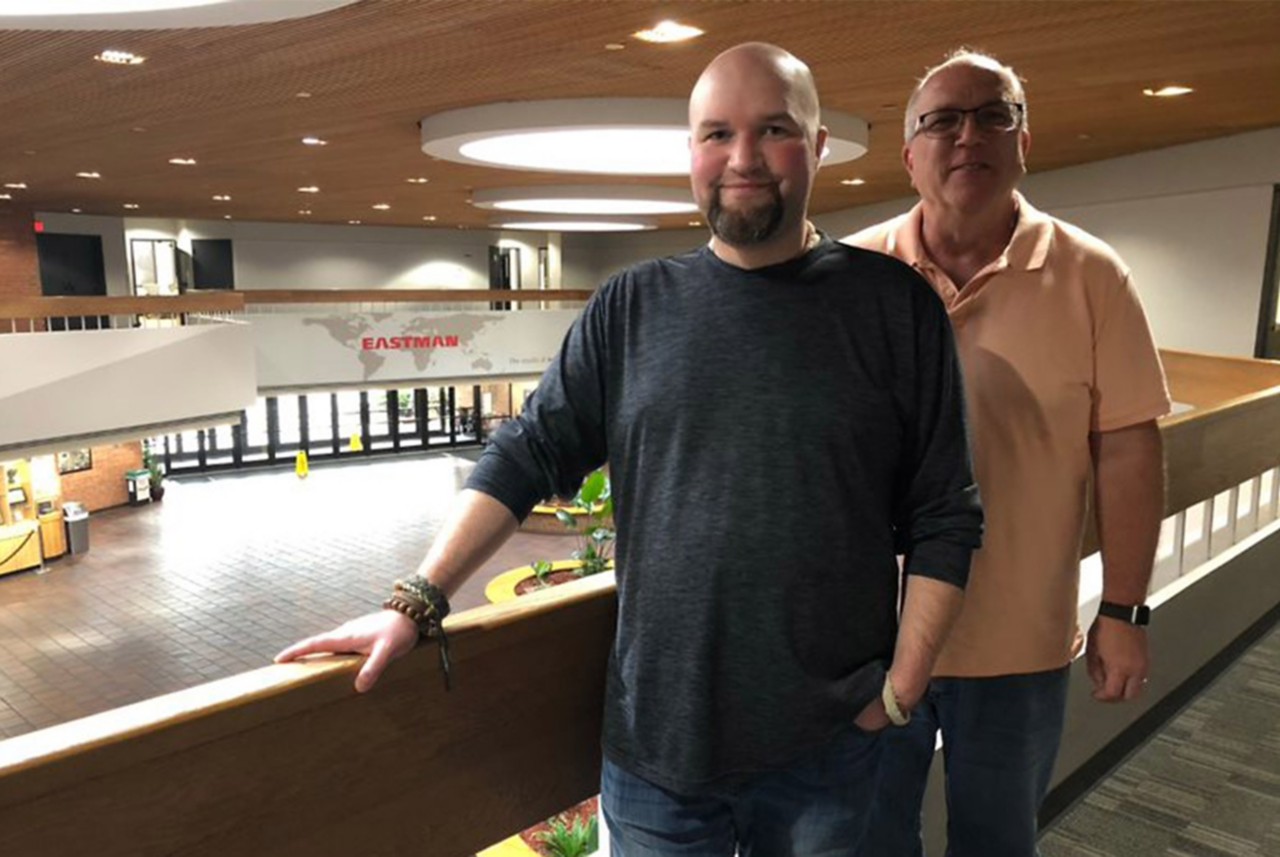 Growing up in Knoxville and attending high school in Maryville, Tenn., David Troutt didn’t know about Eastman. It wasn’t until he began driving to Kingsport, Tenn., to visit his future wife, Tina Light, that he learned about the company.

Still, when he moved to Kingsport after marrying Tina, he worked in construction—until she convinced him to go back to school. “My wife convinced me to take chemistry at Northeast State, because she had heard that was the best way to get a job here,” he recalls.

David earned his Associate of Applied Science degree in chemical technology in December 1987 and was hired at Eastman’s Kingsport, Tenn., site four months later. He’s been with the company for 32 years, all of it in Analytical.

Today, David is a lab technician associate and his job occasionally overlaps with his son’s job. “There's been a couple of times I've had to call on him,” Allyn says. “When I worked on crew two, the shift tech at the time got promoted. So, they were trying to get a shift technician position filled and I had no idea what was going on with a titrator. He specialized in titrators, so I called him and said, ‘What's going on?’ He walked me through what to do to fix the problem.”

David says his job is to run analyses, try to improve analytical methods and develop new methods and techniques for analyzing samples.

“When we develop a method, it’s almost bulletproof. It’s handed off to him, they run the samples on shift work, and it's supposed to be a very robust method. If something goes wrong, then it'll be my responsibility to fix it,” David says.

Both Allyn and David say that based on the company’s history and their personal experience, they would recommend it to folks looking for employment.

“I remember my wife used to talk about Horse Krickers, and she talked about going to that, so some of those things made me think this was a company that was really invested in their employees, on a personal level, more so than just, ‘Here's a check every two weeks,’” David says.

Though he gave up his dream of being a restaurant owner, Allyn is happy with his career at Eastman.

“I can say that giving up my dream of owning a restaurant has given me the ability to grow in my knowledge of the world around me, and see it as a new adventure in life,” he says.